Geekbench 5, the latest major upgrade to Primate Labs’ easy-to-use cross-platform benchmark, is now available for download. Geekbench 5 allows you to measure your system’s power more accurately than ever before.

The Geekbench 5 CPU Benchmark includes new benchmark tests that model the challenges your system faces when running the latest applications. These tests use cutting-edge technologies, including machine learning, augmented reality, and computational photography.

Geekbench 5 also increases the memory footprint of existing workloads to more accurately account for the effect memory performance has on CPU performance.

Finally, the Geekbench 5 CPU Benchmark includes new modes of multi-threaded benchmarks, allowing threads to work co-operatively on one problem rather than separately on different problems. With the addition of different threading models, Geekbench 5 better captures the performance of different multi-threaded applications on personal computing devices.

The most exciting change is that the Compute Benchmark now supports Vulkan, along with CUDA, Metal, and OpenCL. Vulkan is the next-generation cross-platform graphics and compute API. Vulkan Compute Benchmarks are available on Android, Windows, and Linux.

The Compute Benchmark also includes new benchmark tests that model algorithms that are GPU accelerated in modern applications. These include computer vision tasks such as Stereo Matching, and augmented reality tasks such as Feature Matching. 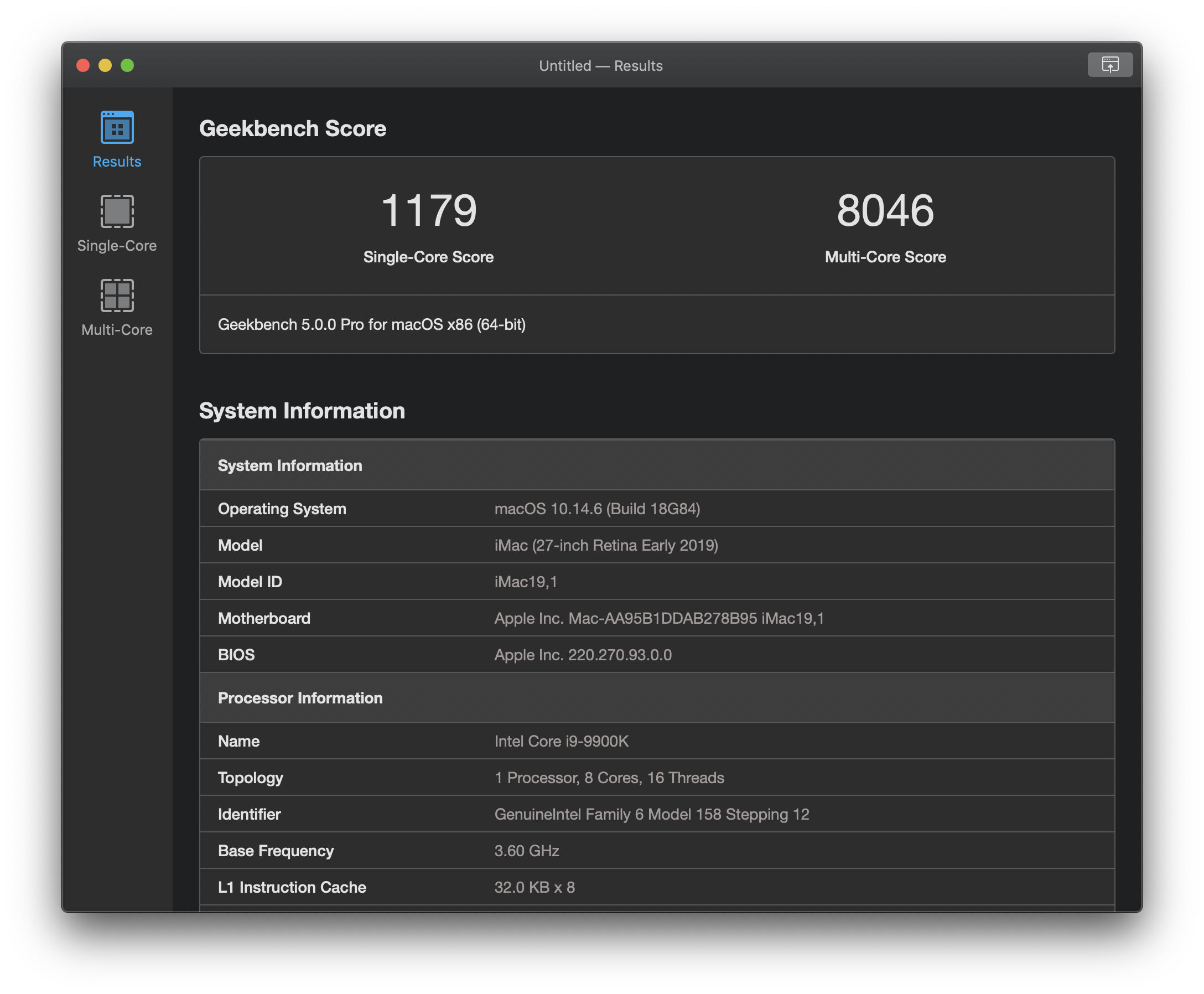 Geekbench 5 is 64-bit only, dropping support for 32-bit processors and operating systems. Geekbench 5 does not include any of the compromises required to run on 32-bit systems. This enables Geekbench 5 to include more ambitious benchmark tests with larger data sets and longer running times.

We’re celebrating the release of Geekbench 5 with a launch sale. From now until September 10:

Everyone at Primate Labs has worked hard on Geekbench 5. We’re incredibly excited about this release and we hope you are, too. If you have any questions or comments about Geekbench 5, please let us know on the Geekbench Support Forum or check out the Geekbench Knowledge Base.