For those unfamiliar with Geekbench 4, it is our cross-platform CPU and GPU benchmark. Higher scores are better, with double the score indicating double the performance. 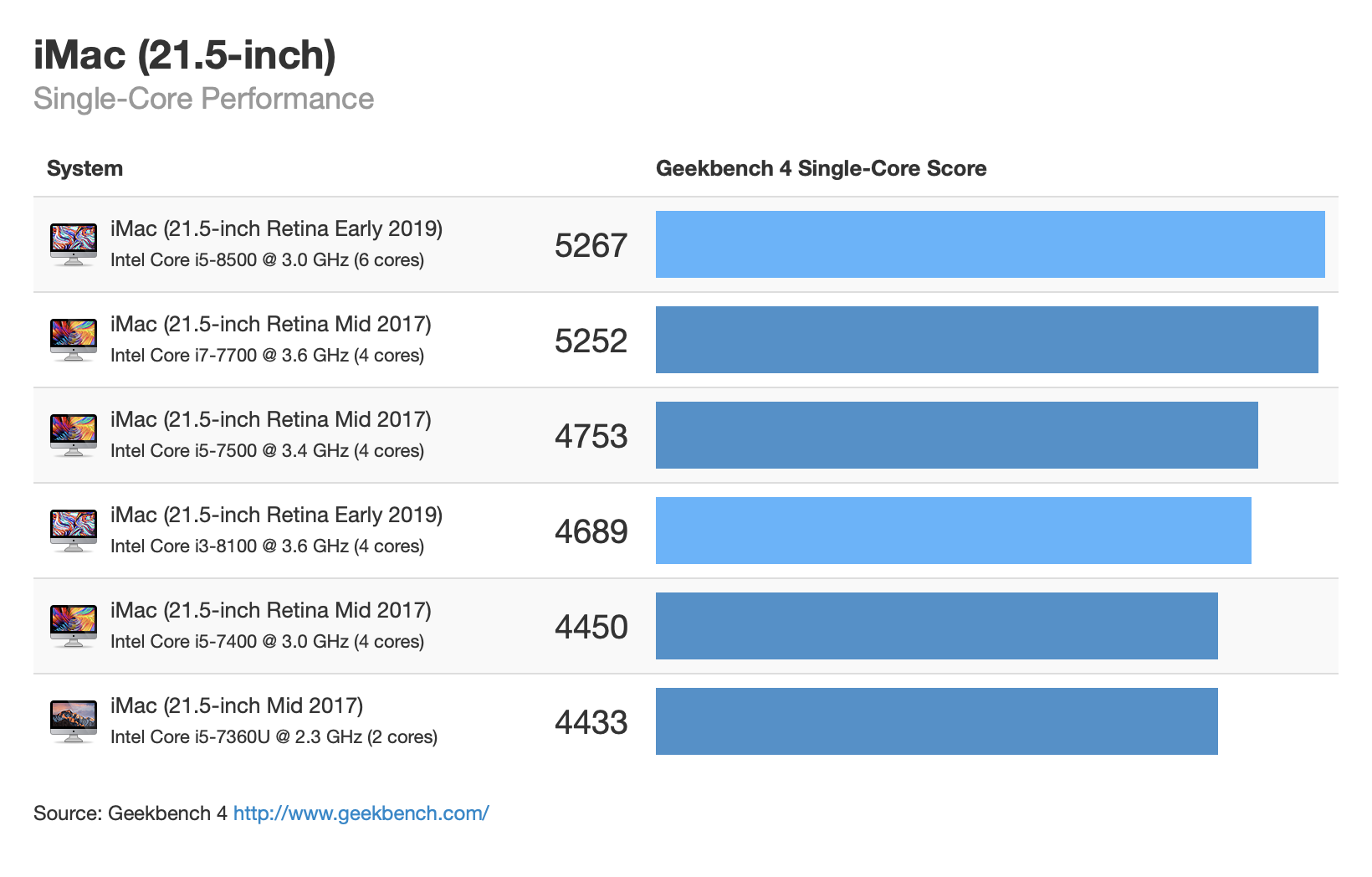 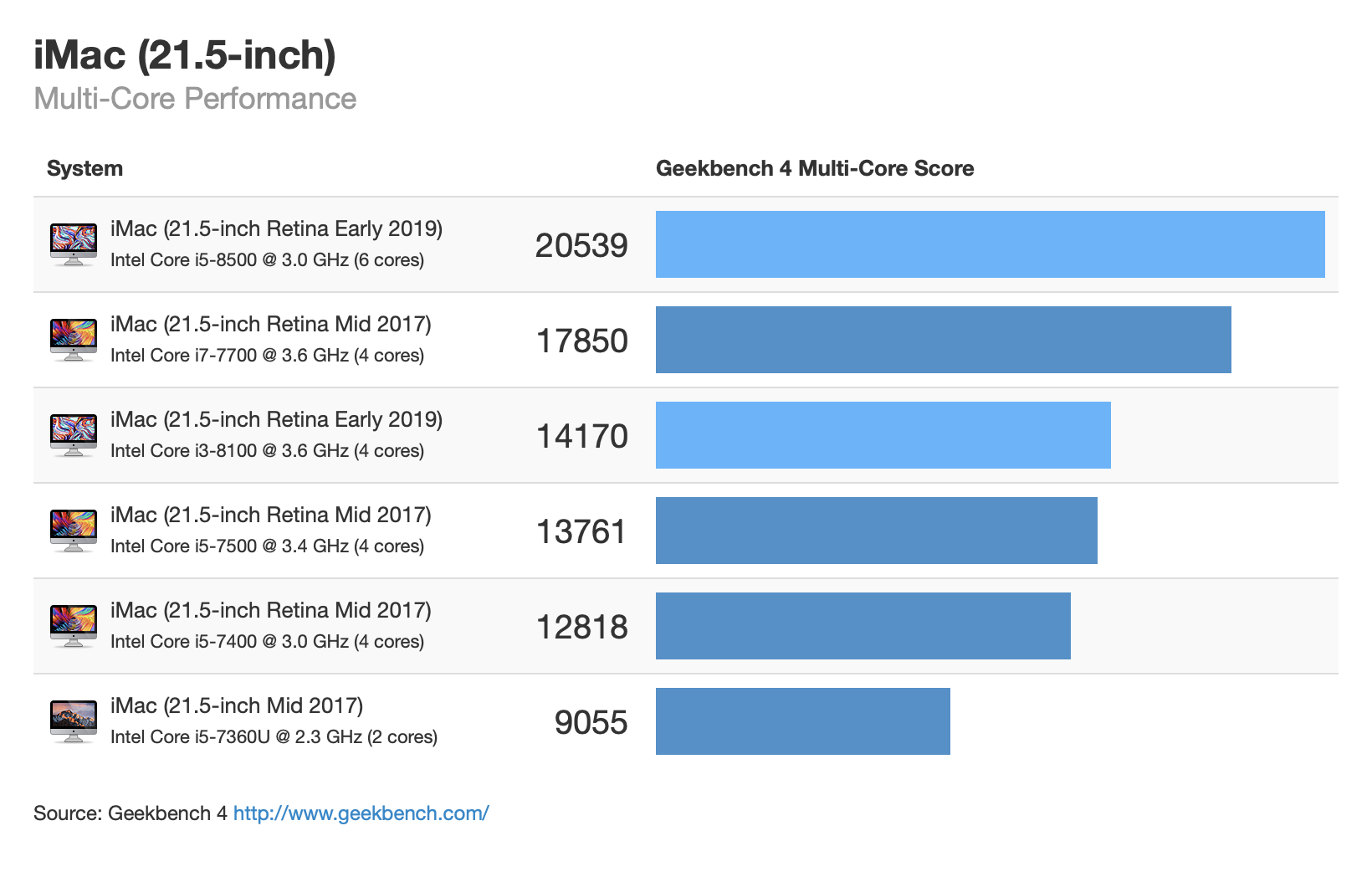 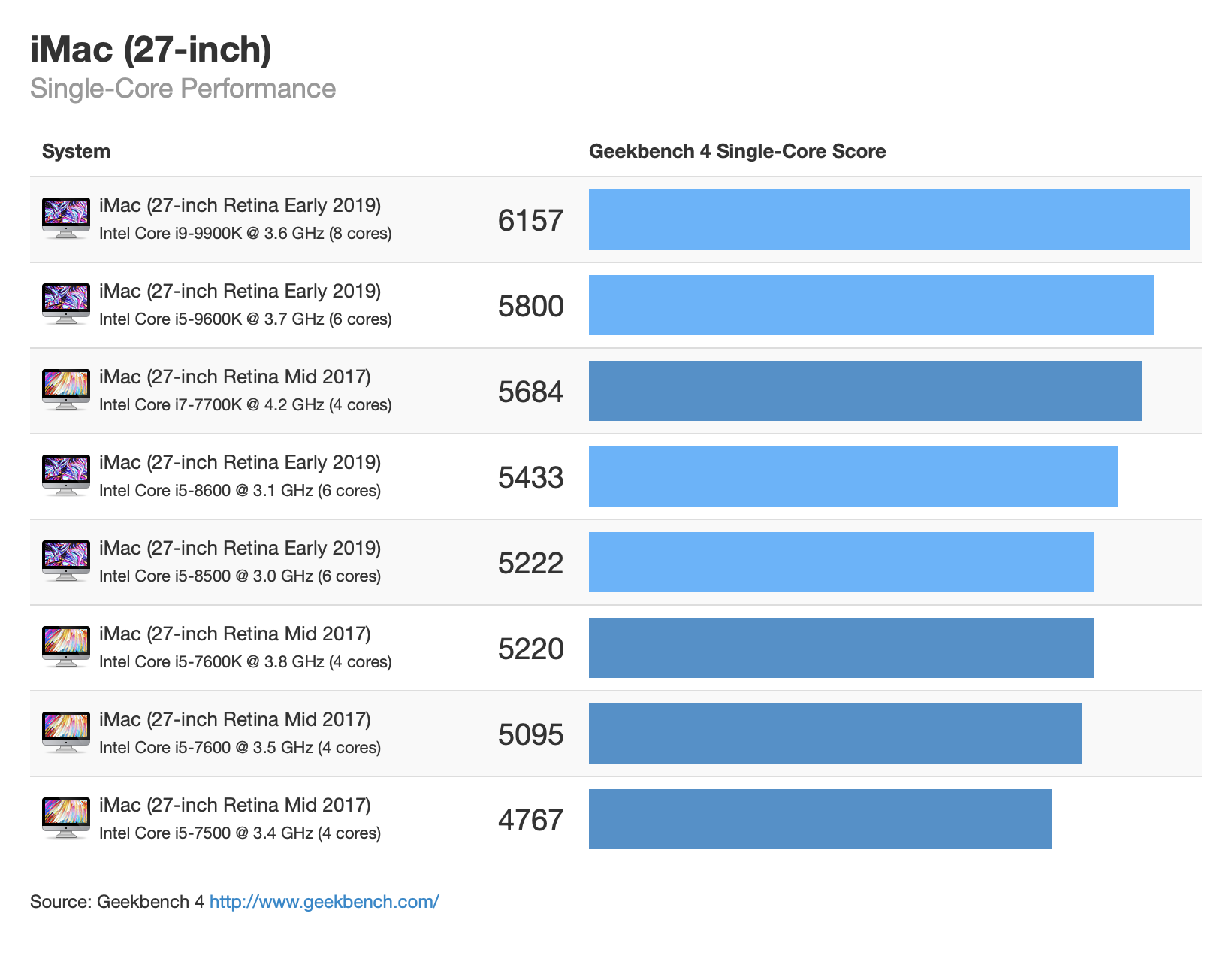 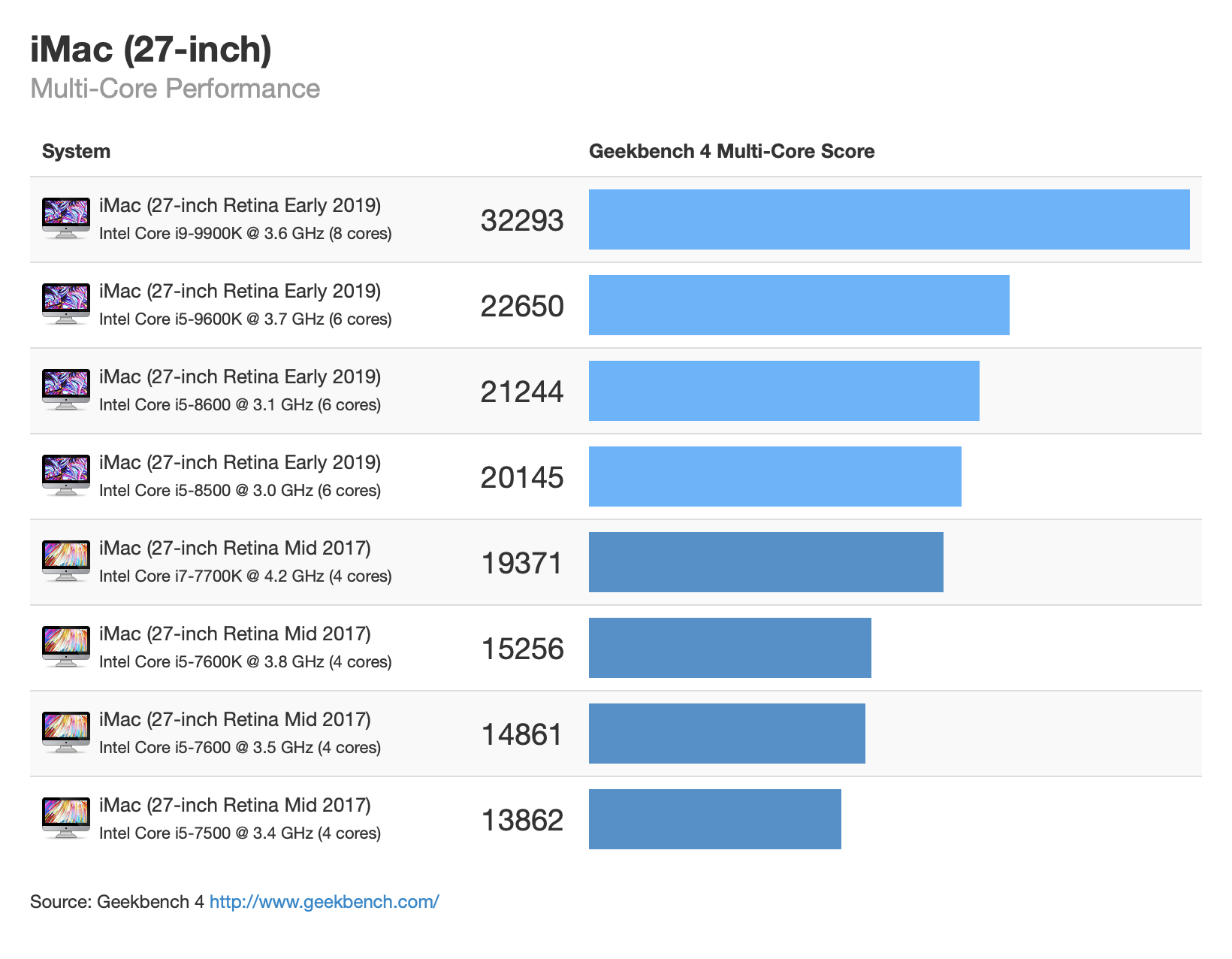 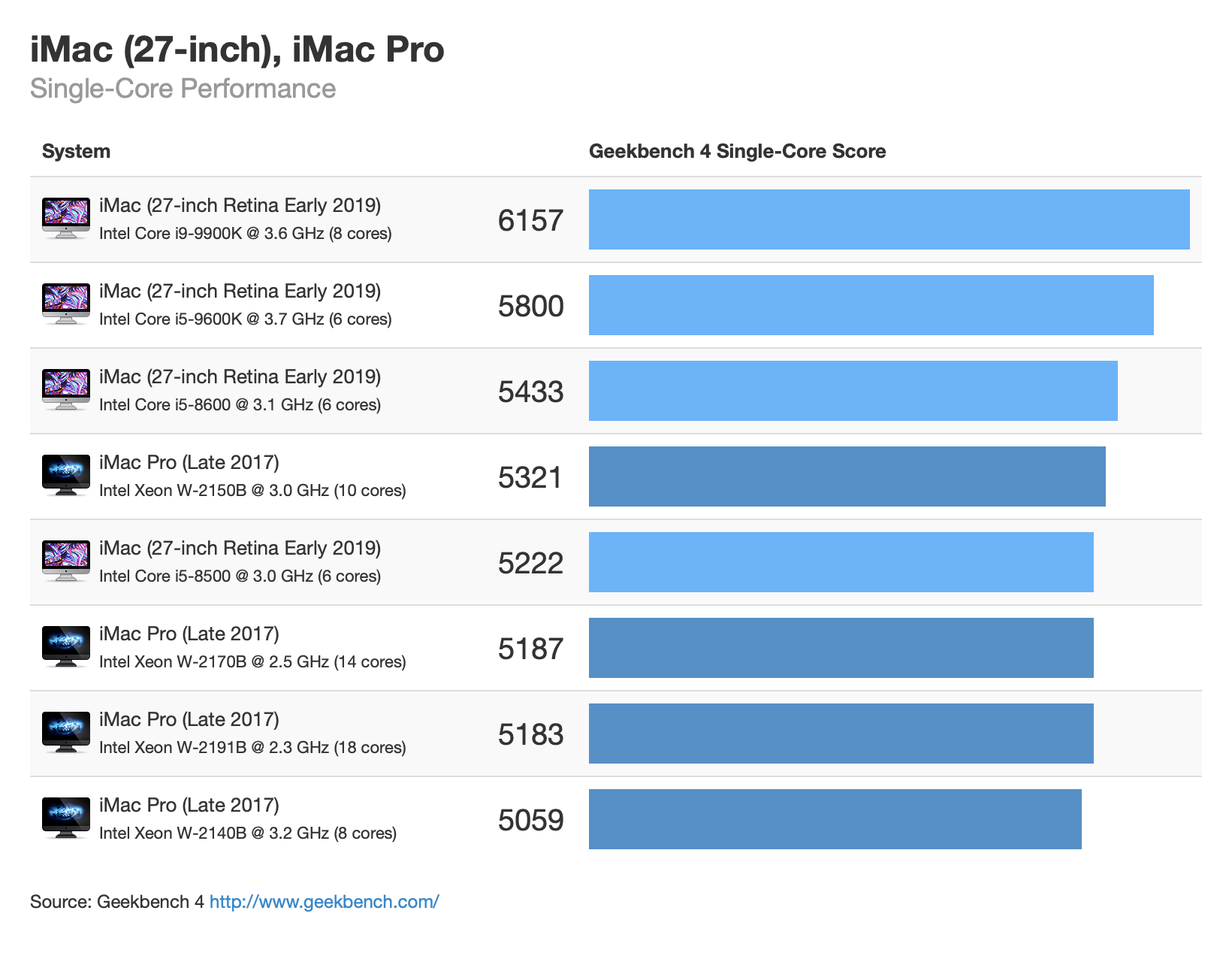 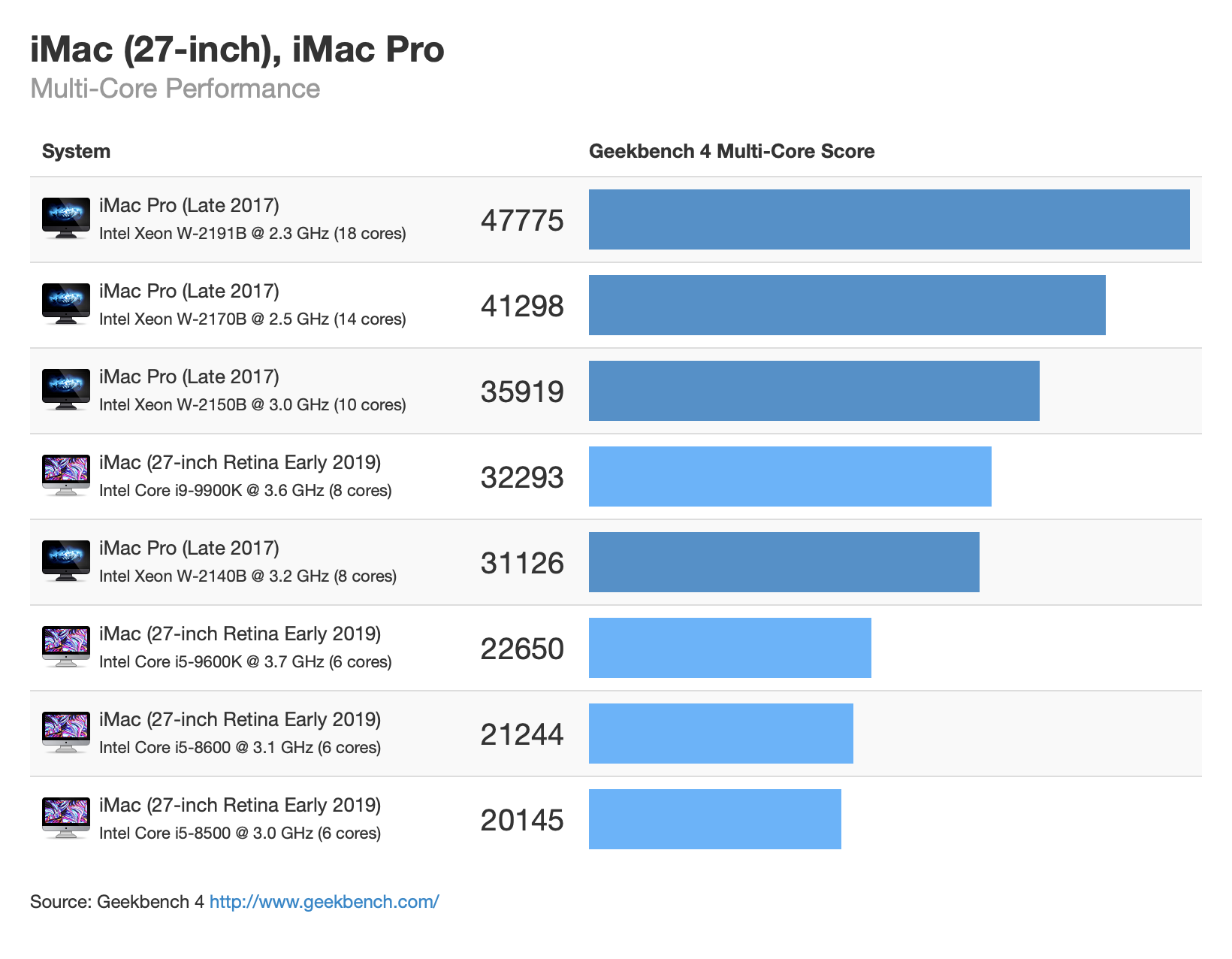 For users with multi-core aware applications, the new iMacs provide a significant boost in multi-core performance, with the new 8-core 27-inch iMac providing a compelling alternative to the 8- and 10-core iMac Pro. The single-core performance is great as well, with the new iMacs occupying the top spots in our Mac Benchmark chart, but I don’t think the increase is enough to justify upgrading from a 2017 iMac.