To test whether this is the case, I wrote a quick stress test. The stress test emulates a developer workload by building Geekbench 4 from scratch ten times in a row. Each iteration is timed separately to see if performance changes over time. The stress test takes between 30 minutes and 60 minutes to complete.

I ran the stress test on several Macs in the Primate Labs office, including a MacBook Pro (Mid 2018) with an i7 processor. While I don’t have access to an i9 model yet, I expect the i7 to throttle similarly to the i9 when running multi-core tasks.

Here are the median build times for the Macs: 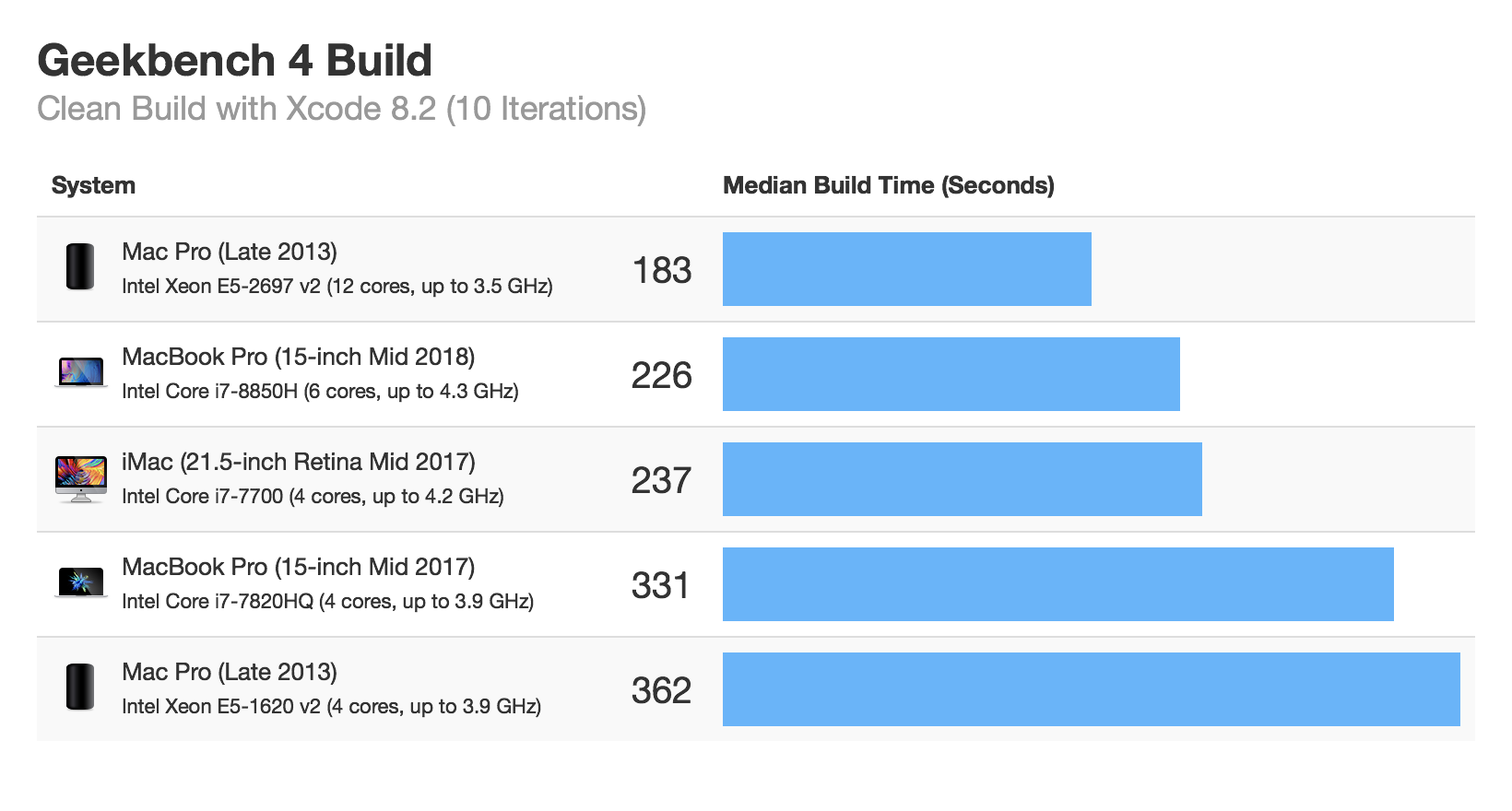 Let’s take a look at the build time variation for the Macs:

Let’s also take a look at the multi-core Geekbench 4 scores for these Macs: 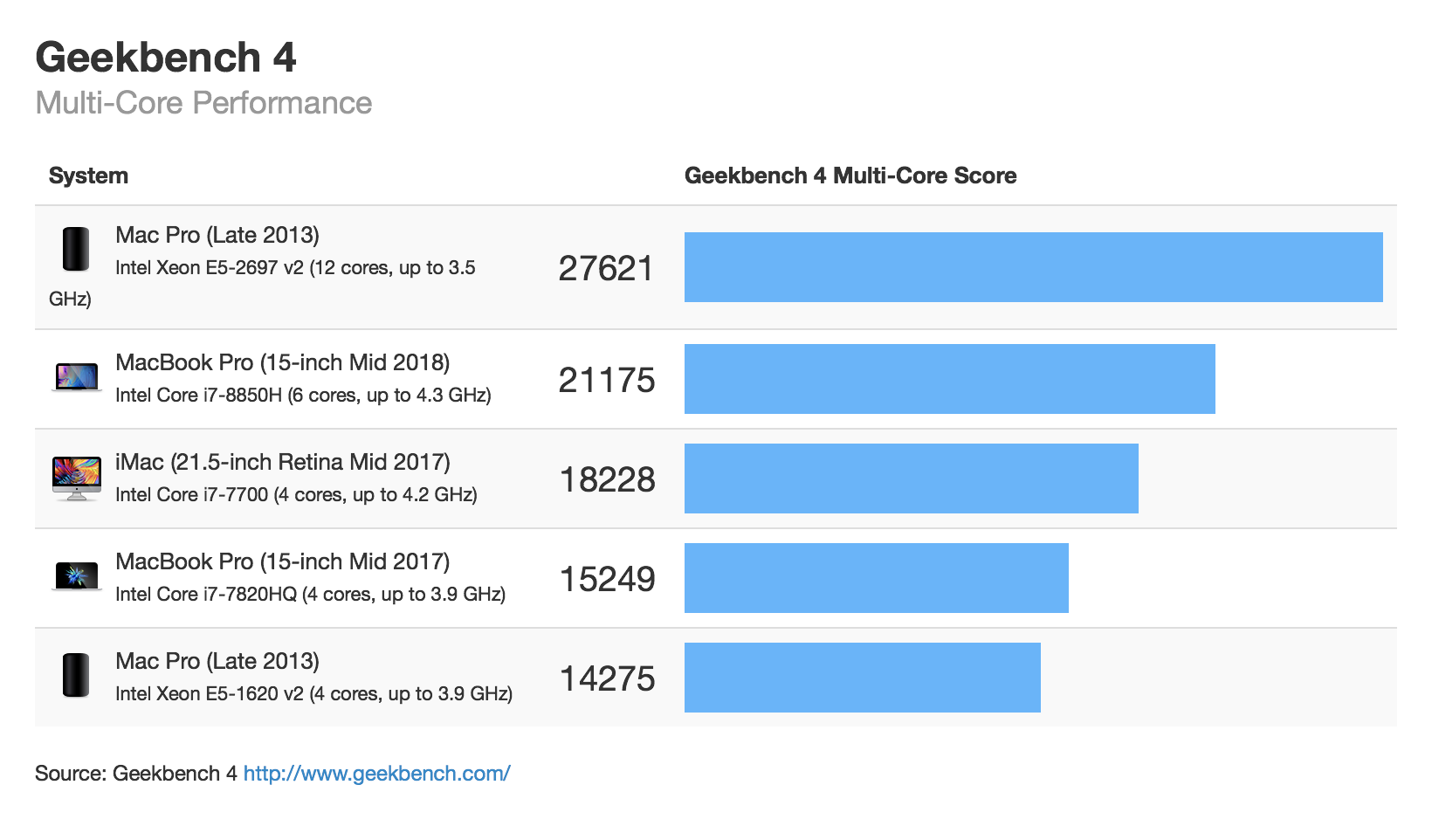 When running the stress test I also ran the Intel Power Gadget on the MacBook Pro (Mid 2018): 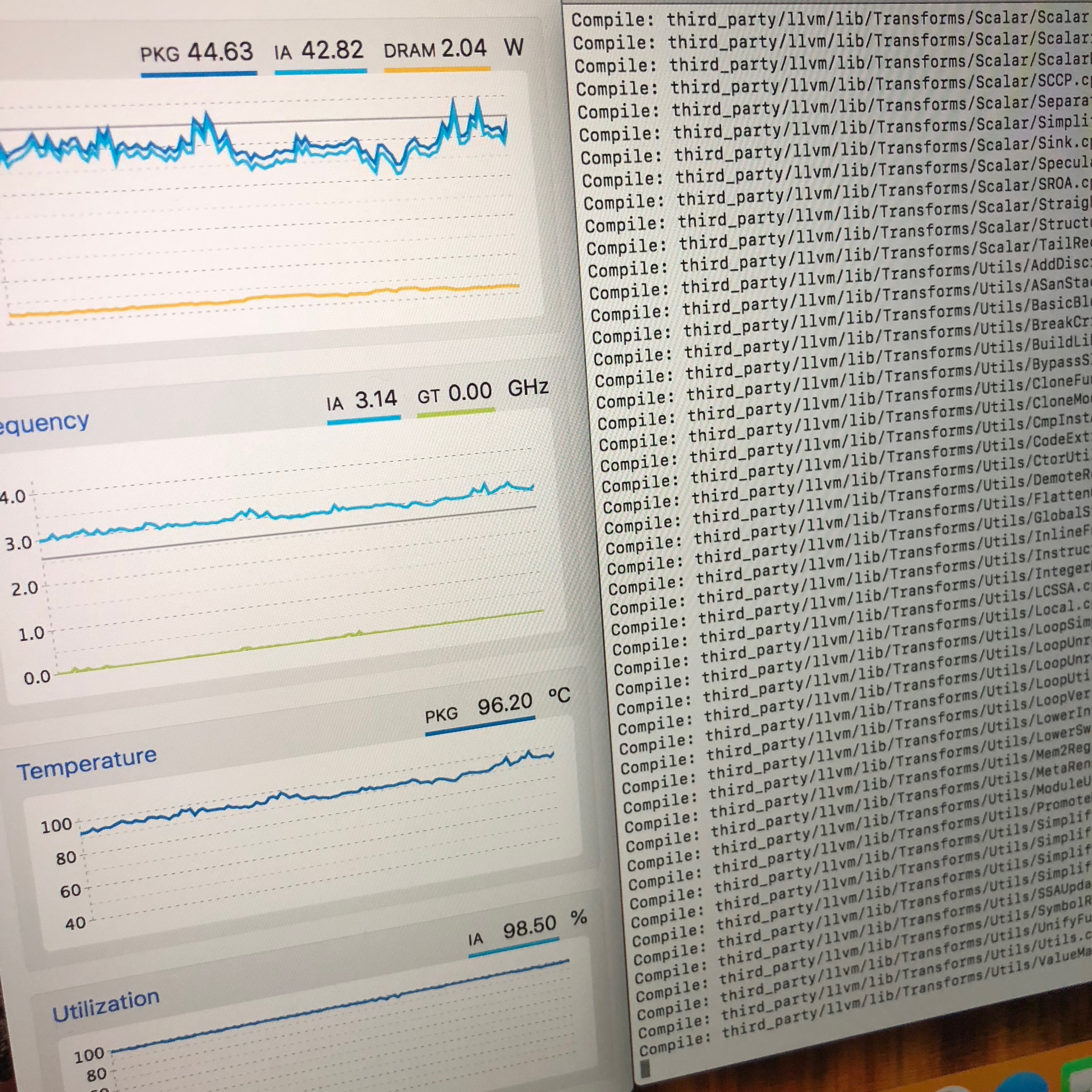 Even under sustained load, the i7 processor was running at 3.0-3.1 GHz, well above the processor’s base frequency of 2.6 GHz.

So what’s going on here? Why does this test not replicate the throttling seen in other tests? Part of the issue is the test themselves. Premiere uses both the CPU and the GPU, while Geekbench only uses the CPU. If the GPU contributes significant heat, then that will cause the CPU to throttle more aggressively. It’s possible the decrease in performance observed in Premiere is due to a combination of new AMD GPUs with new Intel processors, or to the new AMD GPUs themselves.

My recommendation? If your work doesn’t involve long-running tasks that are CPU- and GPU-intensive (such as Premiere) then the new MacBook Pro should provide a considerable increase in performance. Otherwise, it might be wise to wait until more performance data is available.