I’m excited to announce that Geekbench 4.2, the latest version of our popular cross-platform benchmark, is now available for download. Geekbench 4.2 re-introduces the Battery Benchmark and includes several fixes to the Metal Compute Benchmark. 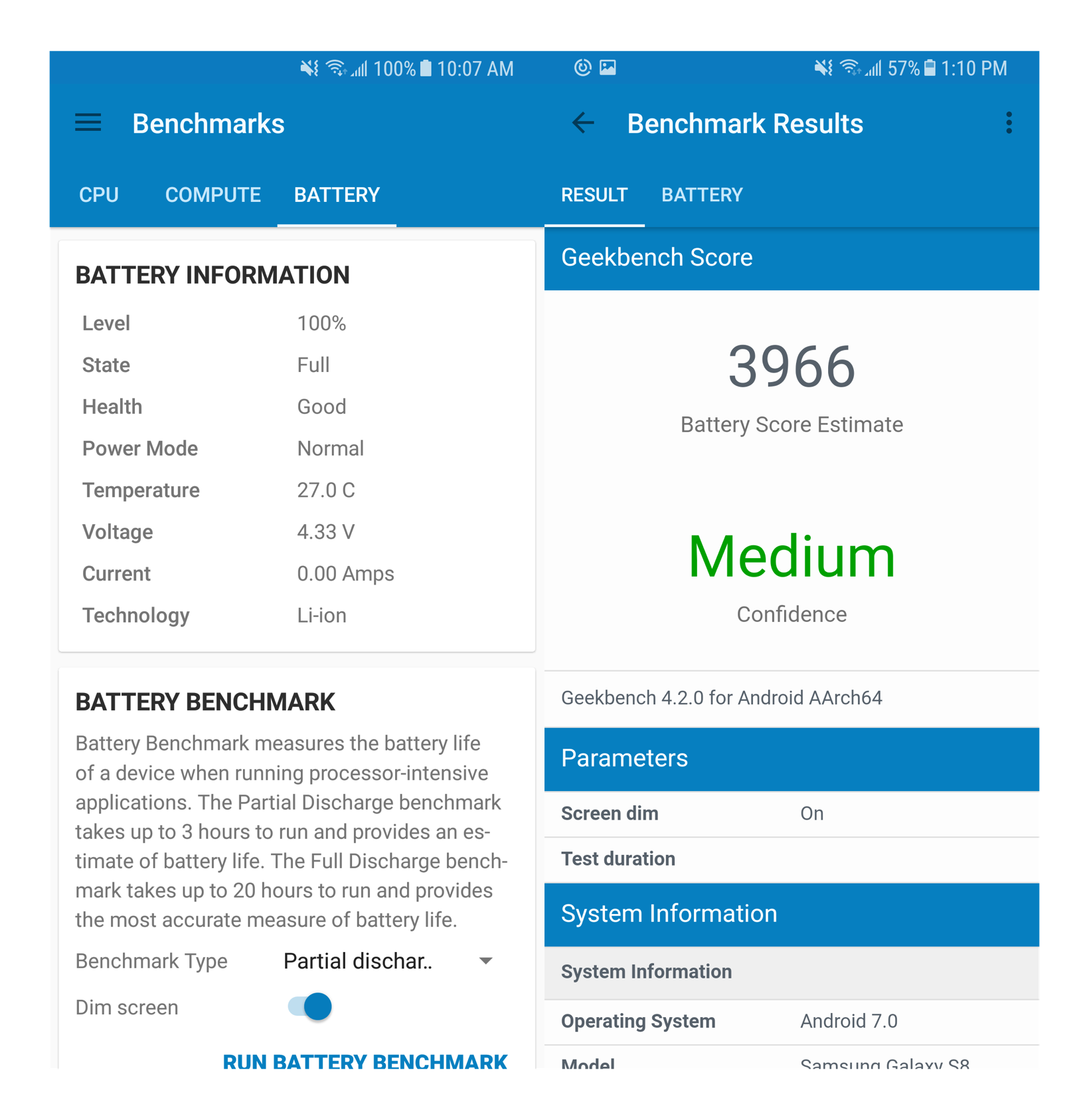 The Battery Benchmark operates in one of two modes. The Partial Discharge mode runs a (relatively) short test over three hours and provides an estimate of battery performance. The Full Discharge mode runs a complete discharge and provides the most accurate assessment of battery performance but can take up to twenty hours to complete and requires a fully-charged battery to run.

The Battery Benchmark provides a battery score which represents how much work the device can complete on a single battery charge. Like all Geekbench scores, higher scores are better, with double the score representing double the work.

This issue only affected discrete GPUs since the transfers occurred over the PCIe bus which is significantly slower than the system memory used by integrated GPUs.