Apple announced several updates to the Mac lineup earlier this month at WWDC. Now that results for these Macs have started to appear in the Geekbench Browser, let’s take a close look at the performance of the of the 27-inch iMac. Let’s see how the new iMac CPUs and GPUs perform using Geekbench 4. Also, since the 27-inch iMac is popular with many pro users, I’ve included Geekbench 4 results for the Mac Pro as well.

If you’re not familiar with Geekbench 4, or how it measures performance, higher scores are better, and double the score means double the performance. If you’re interested in how your computer compares you can download Geekbench 4 via the Geekbench website. 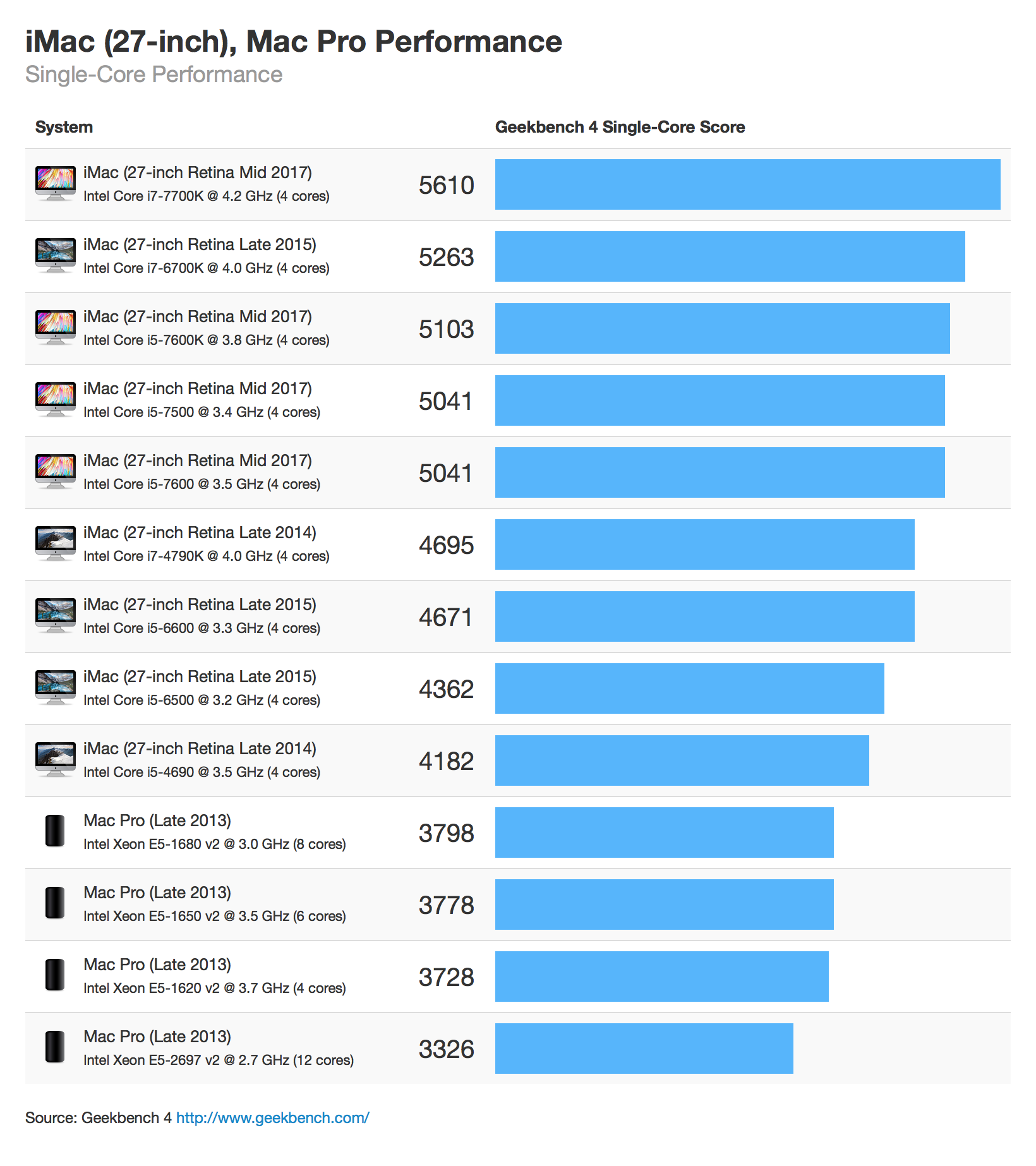 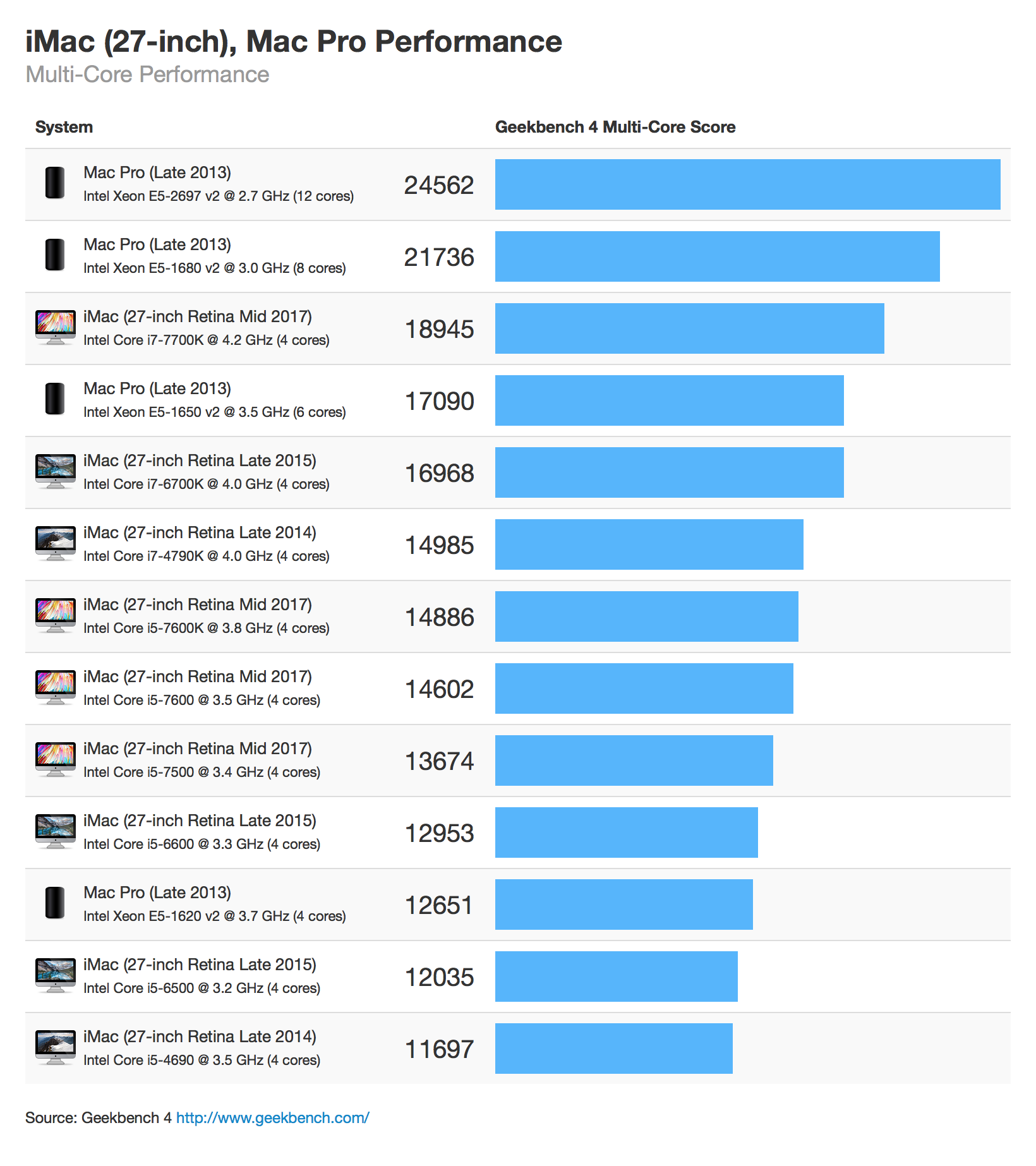 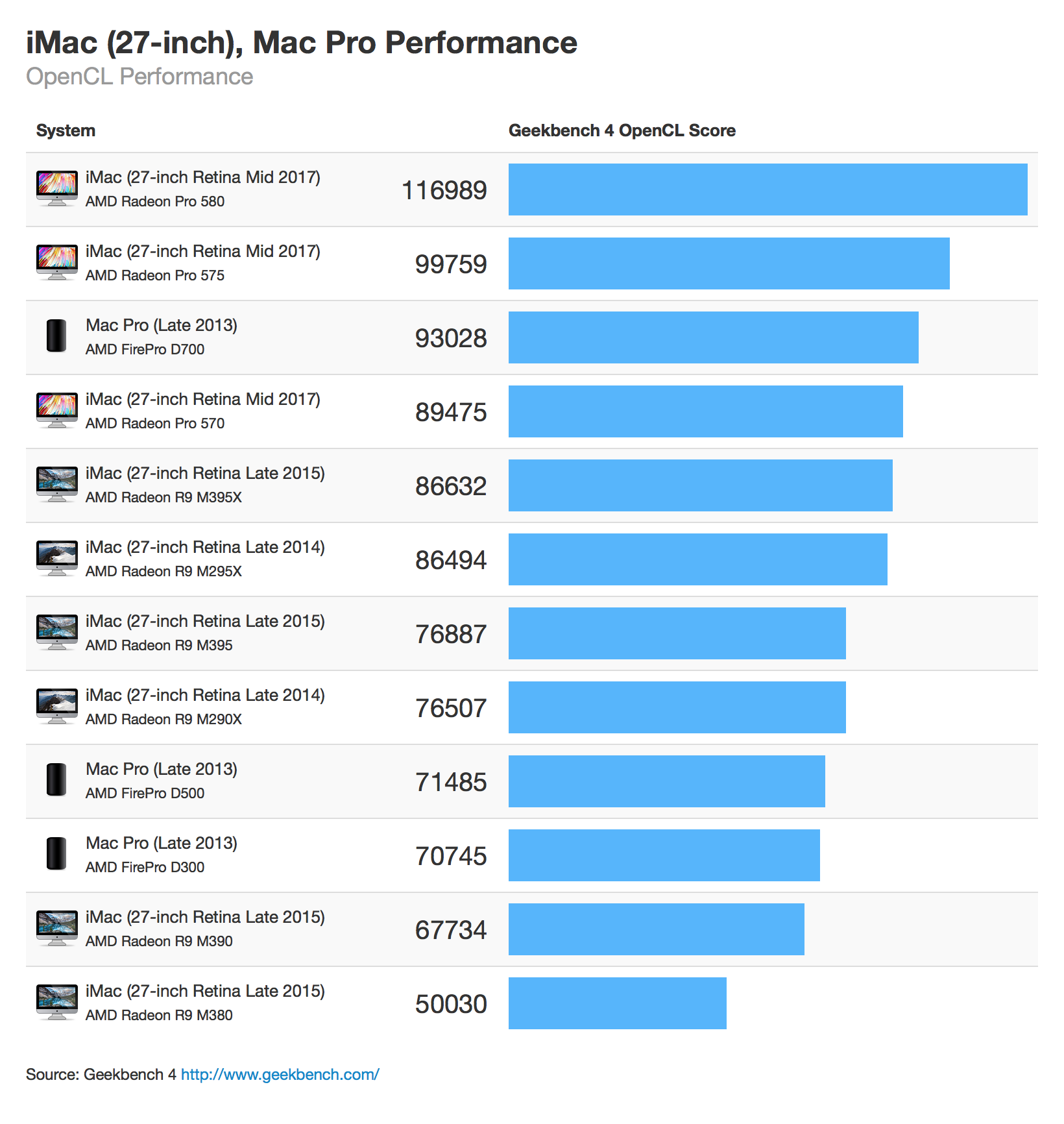 Overall the 27-inch iMac is a powerful computer. For most tasks the 27-inch iMac with a Core i7 processor and Radeon 580 graphics is the fastest Mac you can buy today. Only highly-parallel tasks, or tasks that can take advantage of multiple GPUs, will benefit from a Mac Pro.