When we released Geekbench 3 in August 2013, mobile hardware (and mobile hardware performance) was quite different. We designed Geekbench 3 with the average smartphone in mind, which at the time was a 32-bit device with 512MB of RAM. We had to make several compromises for Geekbench 3 to run well on these devices, as they were less powerful than desktops or laptops. For example, Geekbench 3 had separate “mobile” and “desktop” datasets since the “desktop” dataset was too large to work on mobile devices, and the “mobile” dataset ran too quickly on desktop and laptop computers.

Now, three years later, the average mobile device is quite different. Most phones and tablets have a 64-bit processor with at least 2GB of RAM. Flagship smartphone and tablet performance approaches (and sometimes surpasses) modern desktops and laptops. The compromises we had to make in Geekbench 3 to run well on both computers and mobile devices are no longer necessary in Geekbench 4.

Geekbench 4 introduces several new and updated CPU workloads. These workloads are larger and more ambitious than the workloads in Geekbench 3, and are designed to put more stress on the CPU, its cache, and its memory subsystem. These updated workloads include several well-known codebases that are used every day on mobile devices, such as LLVM, SQLite, and PDFium. These updated workloads model real-world tasks and applications, and provide an objective measure of the performance of the CPU in your phone or laptop. A complete description of the CPU workloads, along with details on the runtime and scoring mechanisms, is available in the Geekbench 4 CPU Workloads PDF. 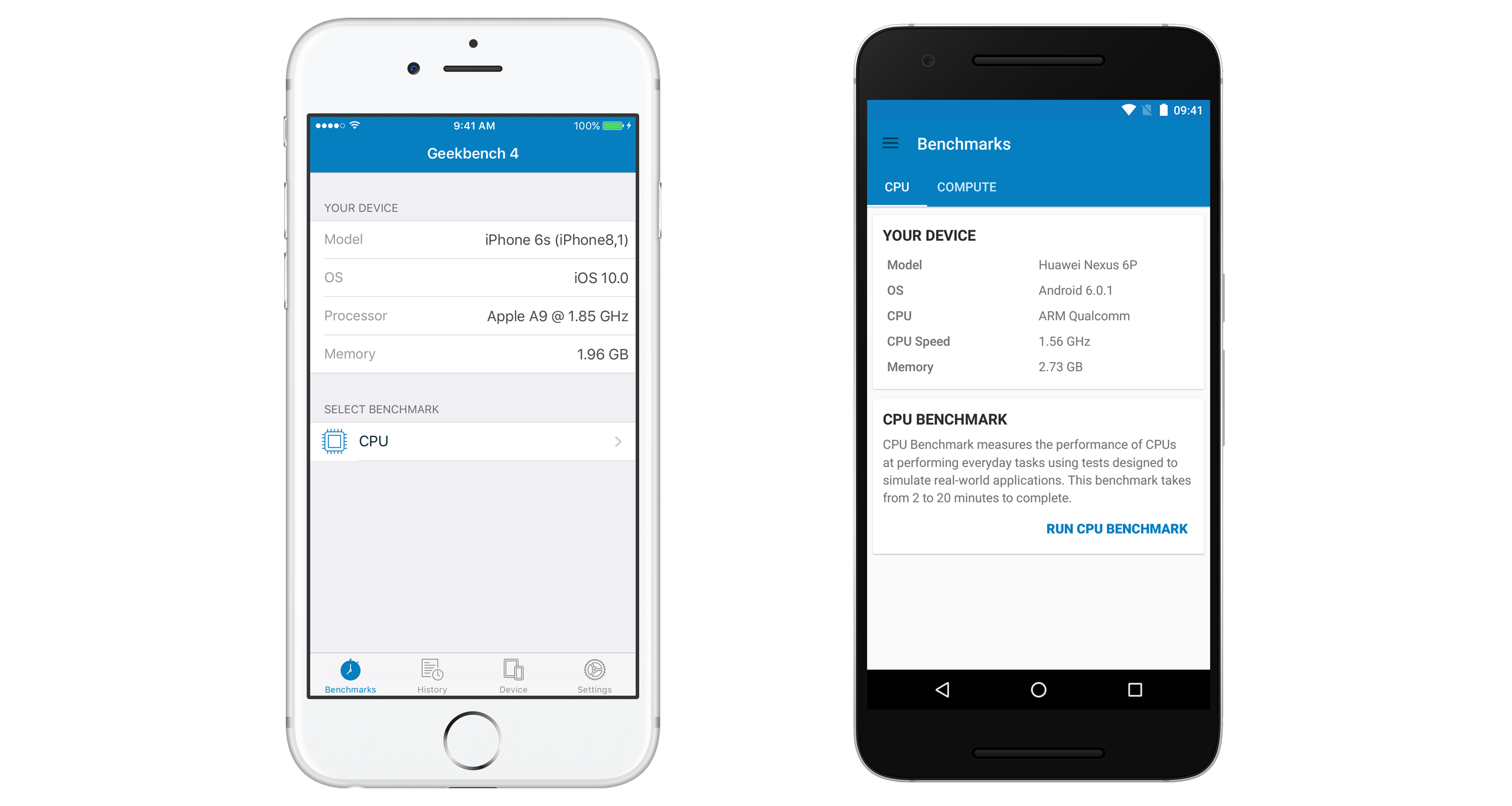 We updated the iOS interface to be cleaner and easier to understand. We completely redesigned the Android interface using Google’s Material Design.

We’re celebrating the release of Geekbench 4 with a launch sale. From now until September 13, save 20% when you purchase any Geekbench 4 license from the Primate Labs Store.

I’m incredibly proud of all the hard work everyone here at Primate Labs has put into Geekbench 4. I think it’s our best benchmark yet, and I hope you think so, too! If you have any questions or comments please let me know. You can reach me via email at john@primatelabs.com or via Twitter at @jfpoole.